I'm Sara, and this is my blog. It's not my first blog, but it is the first one I've really gotten into in years. Blogging has changed a lot since I had my first domain (whirled-peas.org) and I'm still trying to figure out where I fit now. I blog mainly about my day-to-day life, including my attempts to learn how to cook and to be crafty. I'm not in the least bit fashionable but I'm trying to change that. 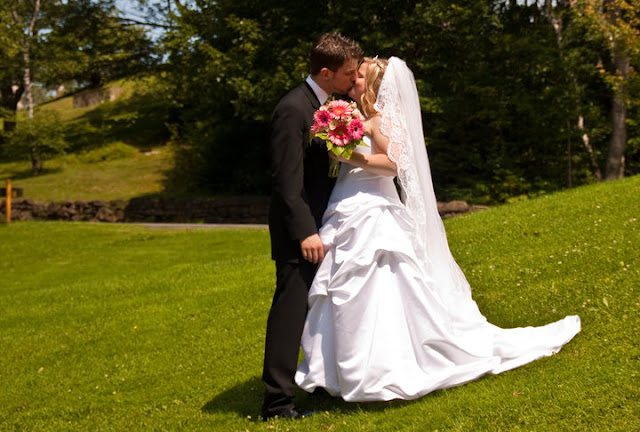 I married my amazing husband, Jonathan, on July 25th, 2009. I know every girl probably thinks she's got the best husband out there and I'm no different. Jonathan is a hard-worker who loves me, his family and God with every fibre of his being. He is ridiculously supportive and is even learning to deal with my crazy moods. We have been trying to conceive for over two years now. We have had testing done and the doctors don't feel that there is anything medically wrong so we're trying to be patient and remember that God has a plan for us. 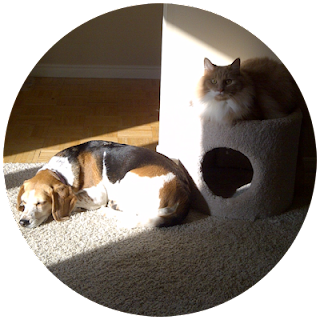 We have two precious fur-babies, both adopted from the SPCA. Sydney came home in August 2009 and we adopted Daisy the beagle when we moved into our house in July 2011. They are the most adorable, friendly, spoiled little fur-babies. Daisy sleeps on the bed (between my legs) every night and Sydney spends most nights curled up under the covers with us.

A few other things...

- I'm very fortunate to have a great relationship with my parents and younger brother as well as with my in-laws.

- When he was 17 my brother was diagnosed with leukemia. He's fine now, thankfully. It made us very close as a family but I think his relatively quick recovery gave me a bit of a warped view of cancer. (I don't take it as seriously as I probably should, as awful as that sounds.)

- I hate cleaning, but I love having a clean house. Really wish I could afford a housekeeper...

- I love to read, I'll read pretty much anything.

- I have a teaching degree, but because of a lack of positions I'm currently working as the assistant front end manager in a grocery store.

- I love watching TV, but I have a short attention span so I tend not to watch many movies.